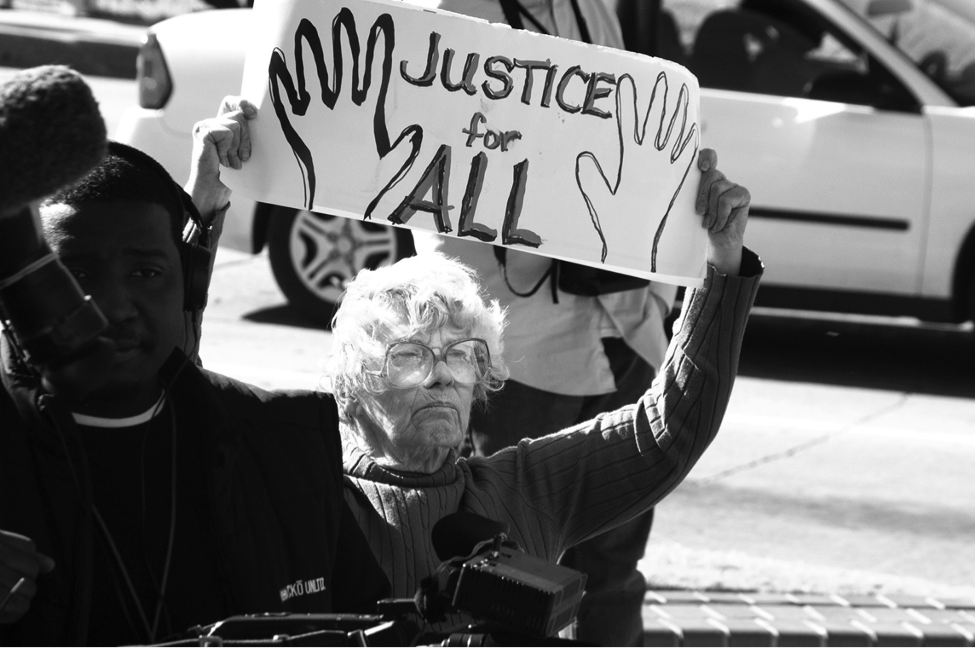 1. The 16th Street Baptist Church bombing occurred in Birmingham, Alabama, on Sunday, September 15, 1963. It was carried out by four members of a local Ku Klux Klan chapter. Though the four men were known, no prosecutions were conducted until 1977. The incident contributed to the passage by Congress of the Civil Rights Act of 1964.
https://en.wikipedia.org/wiki/16th_Street_Baptist_Church_bombing

2. The Ramble is a 36-38 acre “Forever Wild” natural preserve in New York City’s Central Park, particularly known for its birdwatching opportunities. It is also the scene of a viral video from May 2020 of a white woman walking her dog who accused black birdwatcher Christian Cooper of trying to attack her after Cooper asked the woman to put her dog on a leash, as required by park rules.
https://en.wikipedia.org/wiki/The_Ramble_and_Lake

1. This poem receives the Editor’s Choice Award for MacQ-4.

is a photographer living in Oklahoma. Her work has been featured in Loud Zoo, Abstract Magazine, and Maintenant: A Journal of Dada Writing and Art. She is also a regular contributor to Art Mama Moves. A graduate of the Oklahoma City Red-Earth MFA Program, she has presented as a lecturer for organizations such as the International Association of Forensic Nurses, Society for Photographic Education, the Ralph Ellison Foundation, the John Hope Franklin Center for Reconciliation, and Scissortail Writing Festival.

is the author of two books: a poetry collection, At the Lake with Heisenberg (Spartan Press, November 2018), and The Aerialist Will Not Be Performing, ekphrastic poems and short fictions after the art of Steven Schroeder (Turning Plow Press, 2020).

His writings have appeared or are forthcoming in Chiron Review; Flint Hills Review; Heartland! Poetry of Love, Resistance & Solidarity; I-70 Review; Illya’s Honey; KYSO Flash; MacQueen’s Quinterly; Red River Review; River City Poetry; Shot Glass; The Ekphrastic Review; and the Wichita Broadside Project. His work has been nominated multiple times for the Pushcart Prize and the Best of the Net anthology award; he was a quarter-finalist in the 2018 Nimrod Pablo Neruda Prize for Poetry; and he read at the Scissortail Creative Writing Festival and the Chikaskia Literary Festival in 2018 and 2019.

Dean has been a professional musician, having played bass for, among others, Jesse Lopez, B. W. Stephenson, Bo Didley, The Dallas Jazz Orchestra, and the house band for the Fairmount Hotel Venetian Room. He grew up in Topeka and Wichita, Kansas before spending 30 years between Los Angeles and Dallas, where he worked at The Dallas Morning News. He now lives in Augusta, Kansas, and serves as Event coordinator for Epistrophy: An Afternoon of Poetry and Improvised Music held annually in Wichita.