Things were all right until about a year ago. 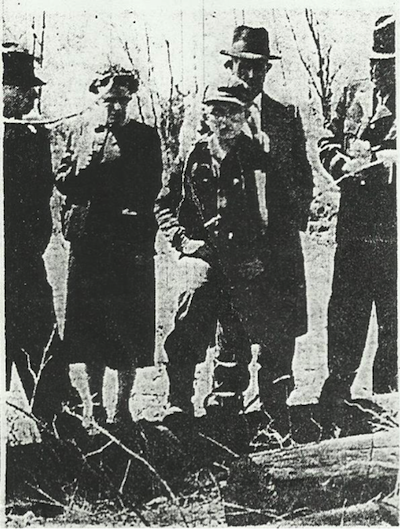 On Saturday, April 21, 1956, Robert Curgenven, an 11-year-old living on a farm near Mansfield, CT, murdered his entire family with a .22 rifle, carrying the spare bullets between his teeth. After covering the bodies with blankets, he ate an improvised supper, cut the phone lines, and went to bed. He did such a good job with the blankets that, the next morning, a woman who came looking for her Sunday paper (his brother Richard was a paperboy) “stepped over the father’s covered body...without realizing what it was.”

Later that morning Robert confessed to a neighbor, stating he’d planned the act for a week in retaliation for spankings from his parents and his brother Richard’s “bullying” for Robert’s dulling Richard’s ice skates “and things like that.” Robert made the decision to “kill them all” after a spanking from his father on Friday the 13th. The spanking was for refusing to put out the light in his bedroom. Robert feared being sent to reform school because of such “difficulties” with his family. The Friday before the shootings, he bequeathed his 25 chickens to two schoolmates.

(Compiled from newspaper reports across the country, including the Binghamton Press, the Brooklyn Daily, the Schenectady Gazette, and the Wichita Evening Eagle, Monday, April 23, 1956.)

is the author of two books: a poetry collection, At the Lake with Heisenberg (Spartan Press, November 2018), and The Aerialist Will Not Be Performing, ekphrastic poems and short fictions after the art of Steven Schroeder (Turning Plow Press, 2020).

His writings have appeared or are forthcoming in Chiron Review; Flint Hills Review; Heartland! Poetry of Love, Resistance & Solidarity; I-70 Review; Illya’s Honey; KYSO Flash; MacQueen’s Quinterly; Red River Review; River City Poetry; Shot Glass; The Ekphrastic Review; and the Wichita Broadside Project. His work has been nominated multiple times for the Pushcart Prize and the Best of the Net anthology award; he was a quarter-finalist in the 2018 Nimrod Pablo Neruda Prize for Poetry; and he read at the Scissortail Creative Writing Festival and the Chikaskia Literary Festival in 2018 and 2019.

Dean has been a professional musician, having played bass for, among others, Jesse Lopez, B. W. Stephenson, Bo Didley, The Dallas Jazz Orchestra, and the house band for the Fairmount Hotel Venetian Room. He grew up in Topeka and Wichita, Kansas before spending 30 years between Los Angeles and Dallas, where he worked at The Dallas Morning News. He now lives in Augusta, Kansas, and serves as Event coordinator for Epistrophy: An Afternoon of Poetry and Improvised Music held annually in Wichita.