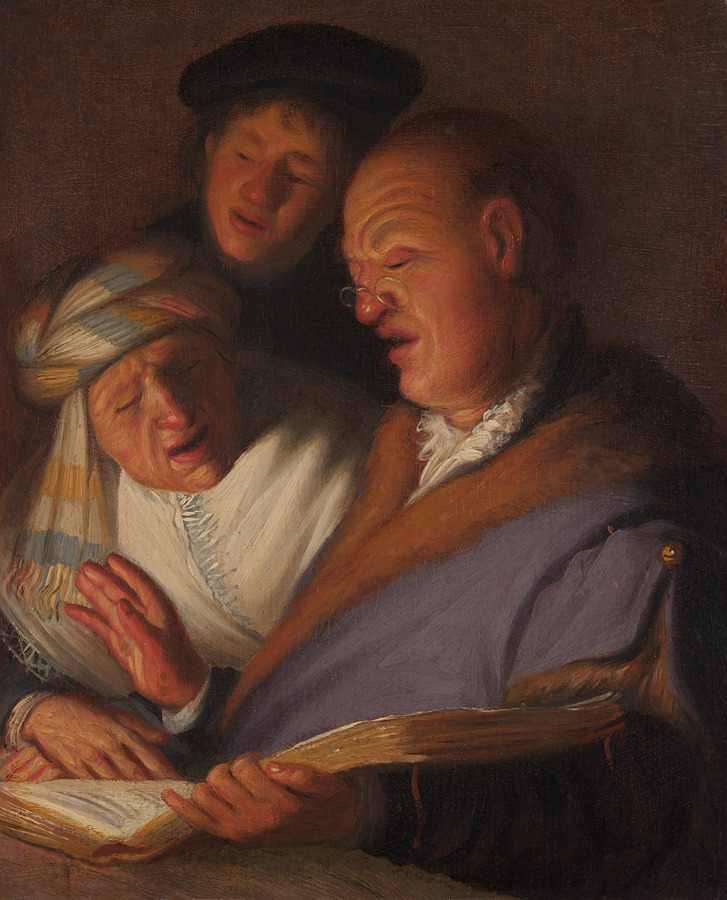 Three Musicians (An Allegory of the Sense of Hearing)*

1. Details about the painting above are available at The Leiden Collection, owned by New York financier Thomas Kaplan and his wife, Daphne. Several paintings by Rembrandt are discussed, including two others that also reside in this collection, Stone Operation (Allegory of Touch) and Unconscious Patient (Allegory of Smell).

2. To learn more about Rembrandt’s Senses series, the earliest known works by the artist, see the article “Rembrandt’s Senses, Expanded (Scientific examination of a recently rediscovered Rembrandt reveals how—and why—it was altered 300 years ago)” by Dominique Surh in The Iris (24 May 2016), the blog of the J. Paul Getty Trust in Los Angeles (link retrieved on 16 May 2022):
https://blogs.getty.edu/iris/rembrandts-senses-expanded/