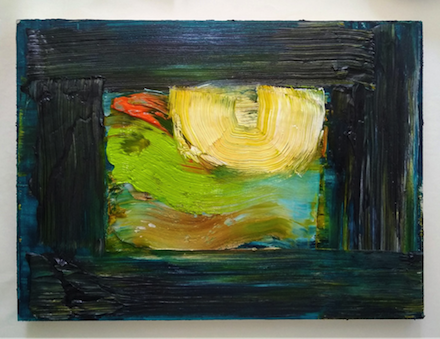 Quarantine: From the Garden Window

shelters in place in Southern California, where she’s been putting the finishing touches on four new manuscripts, which are currently looking for a home. She is the author of four books of poems, including an ekphrastic chapbook, Balance (White Violet, 2012) and three collections: Narrow Bridge (Main Street Rag, 2019), Other-Wise (Kelsay, 2017), and A Likely Story (Moon Tide, 2014). Her poetry, reviews, articles, and essays have been published widely.

She has also edited a print anthology, The Liberal Media Made Me Do It! Poetic Responses to NPR & PBS Stories (Nine Toes Press, 2014); an e-anthology of ekphrastic poetry, Over the Moon: Birds, Beasts, and Trees (Celebrating the Photographs of Beth Moon), which was published online in 2016 as a special edition of Poemeleon Journal; and a new ekphrastic anthology which has yet to be published.

grew up in the Mississippi River delta region of eastern Arkansas, near Memphis, Tennessee, and now lives in Lancaster, Pennsylvania. He has painted since he was 12, and for nearly 20 years was a newspaper journalist. He is the author of a memoir, Nightwatch: An Inquiry into Solitude: Alone on the Prairie with the Hutterites (Good Books, 2009).

For additional paintings, see the following posts in “Art I Like” at the blog Don Yorty Explorations: