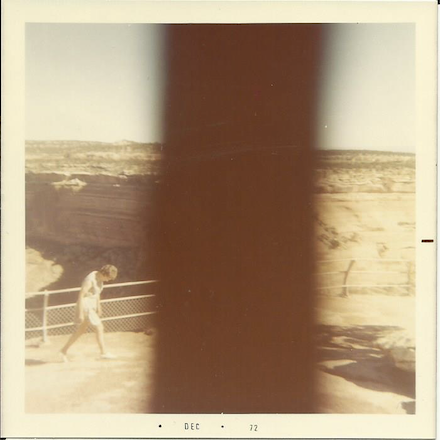 —Poem and snapshot were awarded honorable mention in the Basehor Community Library’s Picture Poetry Contest in April 2018 and were exhibited for a few weeks at the library. (Basehor is a suburb of Kansas City.)

is the author of two full-length books: The Aerialist Will Not Be Performing, ekphrastic poems and short fictions after the art of Steven Schroeder (Turning Plow Press, 2020), and a poetry collection, At the Lake with Heisenberg (Spartan Press, 2018). His chapbook, Pulp, was published by Finishing Line Press in July 2022.

A native Kansan, Dean studied music composition with Dr. Walter Mays at Wichita State University before going on the road as a bass player, conductor, and arranger; he was a professional musician for 30 years, playing with acts such as Jesse Lopez, Bo Didley, Frank Sinatra Jr., Vic Damone, Jim Stafford, Kenny Rankin, B. W. Stevenson, and the Dallas Jazz Orchestra. And he put in a stint with the house band at the Fairmont Hotel Venetian Room in Dallas. While living in Dallas, he also worked 20 years for The Dallas Morning News and made the transition from music to writing before moving back to Kansas in 2007.

Dean is a member of the Kansas Authors Club and The Writers Place, and the event coordinator for Epistrophy: An Afternoon of Poetry and Improvised Music, held annually in Wichita, Kansas. He lives in Augusta, Kansas, along with a universe of books, CDs, LPs, an electric bass, and a couple dozen hats. In his spare time, he practices the time-honored art of hermitry.

⚡ Metal Man, ekphrastic poem inspired by a 1955 photograph of Dean’s paternal grandfather in the Boeing machine shop; published in The Ekphrastic Review (28 July 2018) and nominated for Best of the Net.

⚡ Two of Dean’s ekphrastic works in MacQueen’s Quinterly (Issue 5, October 2020): Impression, CNF after Berthe Morisot’s painting Woman and Child on a Balcony; and Eyes on You, a poem after Aurore Uwase Munyabera’s painting Conflict Resolution