—After The Starry Night by Vincent van Gogh* 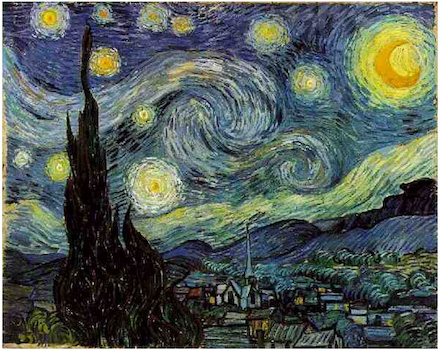 The Starry Night (oil on canvas, 1889), by Dutch painter Vincent van Gogh (1853-1890), was created during his stay at the asylum of Saint-Paul-de-Mausole near Saint-Rémy-de-Provence in southern France. The painting now resides at the Museum of Modern Art in New York City.