After Rembrandt’s A Pedlar Selling Spectacles 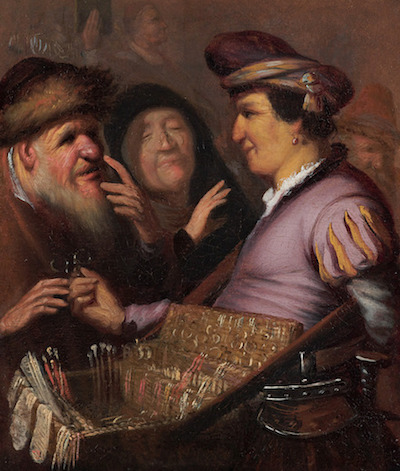 A Pedlar Selling Spectacles (An Allegory of the Sense of Sight)*

1. Details about the painting above are available in Rembrandt’s Four Earliest Paintings Reunited for the First Time at the Ashmolean (“Sensation: Rembrandt’s First Paintings”) at Ashmolean Museum, University of Oxford (19 September 2016).