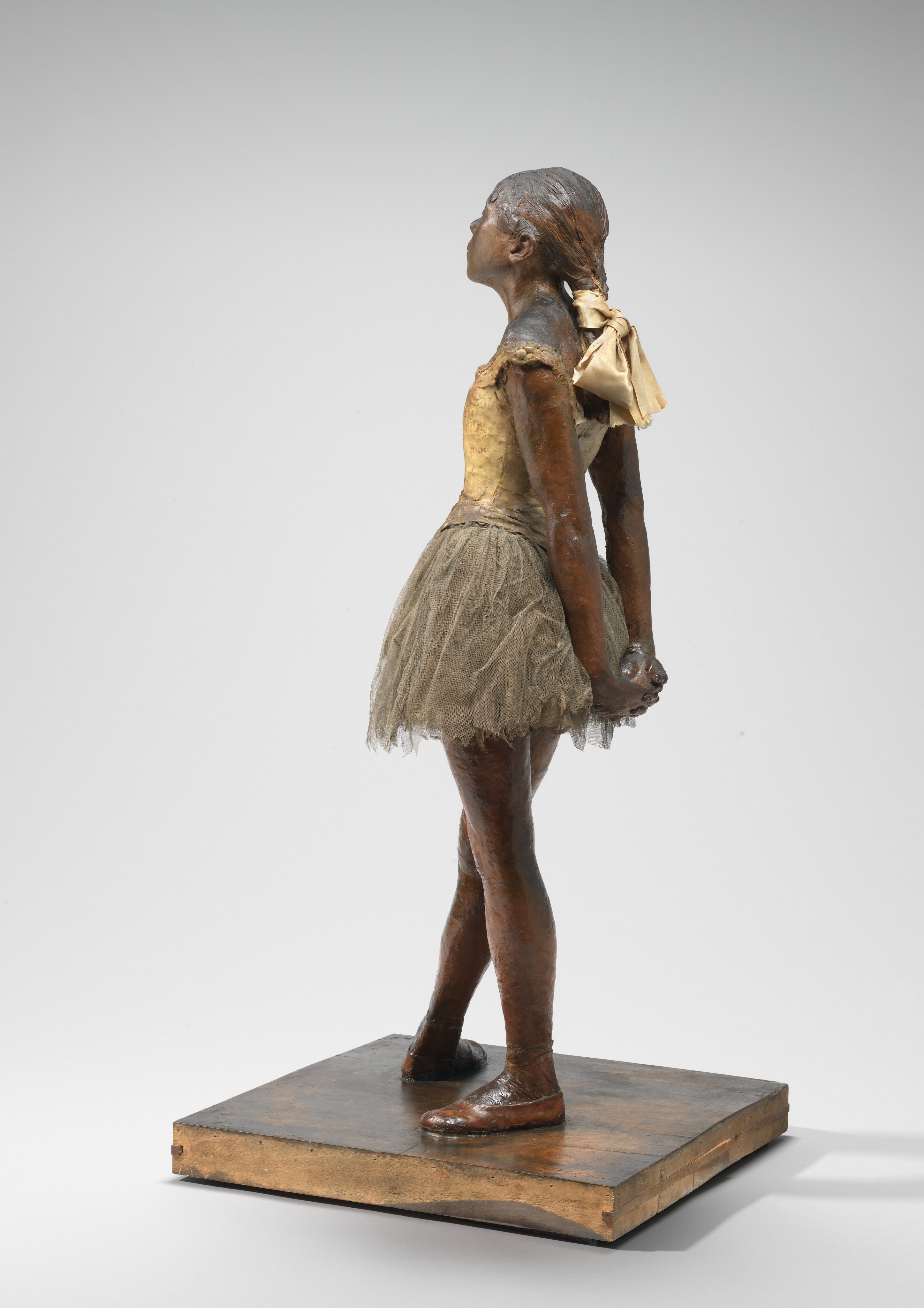 When Marie begged her son, Peter, for a stick of dynamite, he told her to quit being a fool. Now that he has left her alone in her flat to face the sound of the Nazi tanks alone, she wishes all the more that she could have one. She wishes that she could light it and walk into the middle of one of their platoons walking into Paris.

This would be a little explosion, one that wouldn’t make any difference to De Gaulle or Hitler for that matter, but it would be her statement, the second extraordinary moment of her life, the first being when she posed for M. Degas.

She thinks that this will be the last year of her life, and for that, she is glad.

She thinks of her time in the ballet, and afterward, the men who would grope her.

She thinks about the weeks when people said they had read about her and Degas’s statue. They called her vile. They said vice was written all over her face.

What would those people think now if she took the lit explosive and held it close between her breasts so it was hidden almost in the folds of her clothing? What would they think as she stepped forward into a crowd of marching soldiers? The soldiers would knock her down, sneer at her for being a fool, just as Peter did, but then they would notice what she was clutching. They would scream. Some would reach for her and some would scatter.

What would those reviewers think if they knew she was the one who stood up and said no? Would they forgive her for her vice? Would they look more closely at the memory of her face? 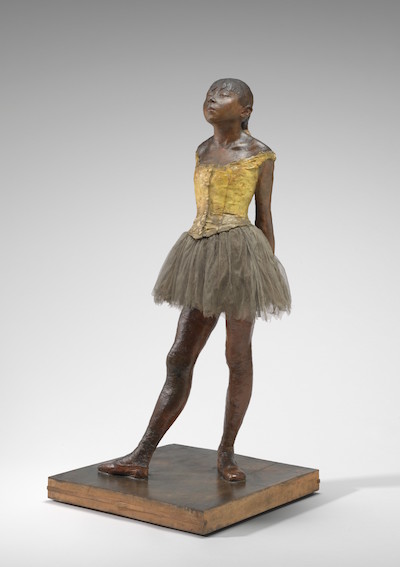 Additional images as well as background details may be viewed via this link (retrieved on 17 May 2022):
https://www.nga.gov/collection/art-object-page.110292.html


2. For details about the little model herself, see The Little Fourteen-Year-Old Dancer: 1922 (cast), 2018 (tutu) at The Met, from which the following is excerpted:

“Degas’s model was the young Marie van Goethem (born June 7, 1865), a student at the École de Danse and by 1880 a professional dancer at the Paris Opéra. Degas’s sketches of Marie indicate his intense concentration on her form. The artist frequented the Opéra, making endless studies of dancers in motion and at rest. In the bronze, his model has adopted a classic ballet stance, with her right leg advanced and turned. Yet there is a deliberate awkwardness to the pose—in the uncompromising way that the arms jut down behind and the head tilts back; moreover, the features of this precocious adolescent are far from pretty. Unorthodox yet riveting, Degas’s Little Fourteen-Year-Old Dancer became an instant icon in the history of sculpture.”

was the first poet laureate of Sequoia and Kings Canyon National Parks, and now lives in Jamestown, New York. He is the author of 19 books of poetry and fiction including his latest, Life: Orange to Pear (Bamboo Dart Press, 2020). His poems, stories, and essays are published in hundreds of magazines and journals. His work has appeared on Garrison Keillor’s daily show, The Writer’s Almanac; has been nominated multiple times for the Pushcart Prize; and was selected for publication in The Best Small Fictions anthology series for 2022 and 2016.

⚡ Objects of Curiosity, a collection of his ekphrastic poems (Sasse Museum of Art, 2020)

⚡ Four prose poems in Serving House Journal (Issue 7, Spring 2013), including A Man Stepping Into a River and Poem to the Child Who I Almost Adopted