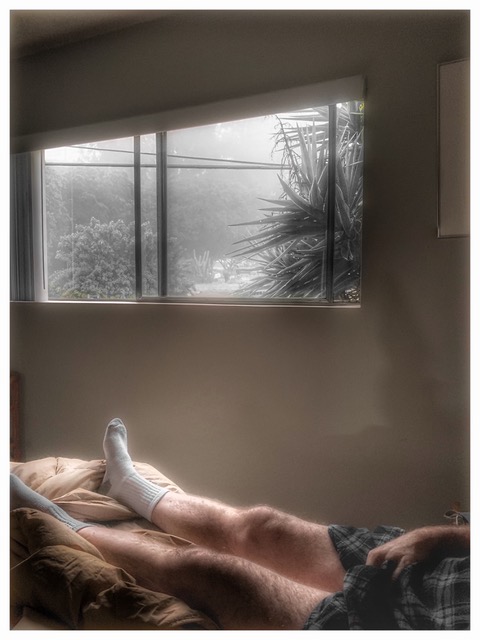 Ellaraine has been awarded multiple residencies and fellowships from both Centrum and Summer Literary Seminars, and thirty of her poems have been nominated for the Pushcart Prize. She also teaches writing workshops, frequently judges poetry contests, and serves as Poetry Editor for the lifestyles magazine Lilipoh.

Her pollages, which combine handmade papermaking, poetry, and collage, have appeared in juried art shows around the country and have been the subject of a one-woman gallery art show and several online essays and interviews. They also exist in several private art collections and have appeared in: The Centrifugal Eye, Rio Grande Review, Homestead Review, Sein Und Werden (England), Prairie Connection, Ascent Aspirations, and Alchemy. Ellaraine’s book The Gourmet Paper Maker (how to make paper with the inedible parts of fruits and vegetables) is published in six languages.

Rhone Fancher’s writing has been nominated multiple times for the Pushcart Prize and Best of the Net, and appears in more than 100 literary magazines, journals, and anthologies, including The Best American Poetry 2016, Wide Awake: Poets of Los Angeles and Beyond, Rattle, The MacGuffin, Slipstream, Hobart, Cleaver Magazine, Poetry East, Fjords Review, Rust + Moth, Pirene’s Fountain, Askew and KYSO Flash.

A lifelong Angeleno, Alexis is poetry editor of Cultural Weekly. From the S-curves of Topanga and the sprawling beaches of the Westside, to the stunning views of downtown L.A. from her previous loft studio, her beloved city can be construed as another character in her work. She and her husband now live on the cliffs of San Pedro, a sleepy beach community 20 miles from their former digs in DTLA. They still have an extraordinary view.