Dancing in the Eye 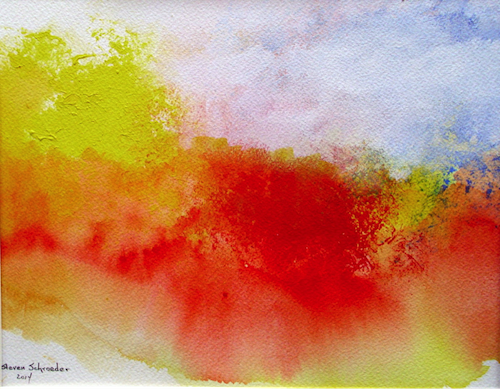 from what I’ve tasted of desire
(watercolor and acrylic on paper, 2014)

The title of Steven Schroeder’s painting is a line from Robert Frost’s poem “Fire and Ice” [published by Harper’s Magazine in 1920, and reprinted in Frost’s first of four Pulitzer Prize-winning books, New Hampshire in 1923].