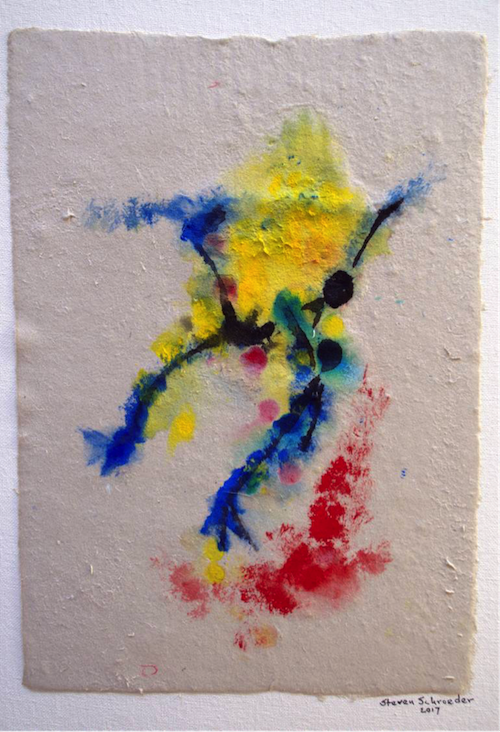 the arc between two deaths 5
(ink and watercolor on handmade paper mounted on canvas panel, 2017)

From a series inspired by Doris Humphrey’s theory of dance*

*Author’s note: Doris Humphrey was an early 20th-century American dancer and choreographer who developed the theory of Fall and Recovery, also known as “the arc between two deaths.”

—From The Aerialist Will Not Be Performing, Dean’s collection of ekphrastic poems and short fictions after the art of Steven Schroeder, to be released early in 2020