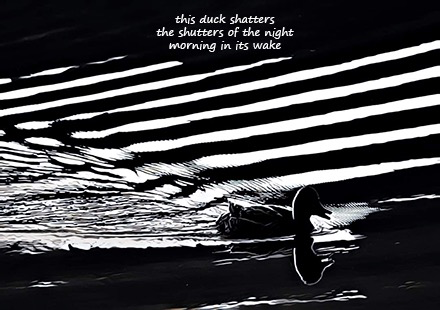 Photograph of a swimming mallard by Jana Craighead Smith was posted to her Facebook page on 6 June 2021 and described as “Early morning in Big Cottonwood Canyon” in her comment there.

is a landscape and wildlife photographer who lives in southern Utah and frequently posts her photographs to Facebook. Her father was environmentalist and grizzly bear researcher Frank Cooper Craighead (1916–2001), and she is married to river runner Ron Smith, founder of Grand Canyon Expeditions.