These fragments I have shored against my ruins.
—T.S. Eliot[2] 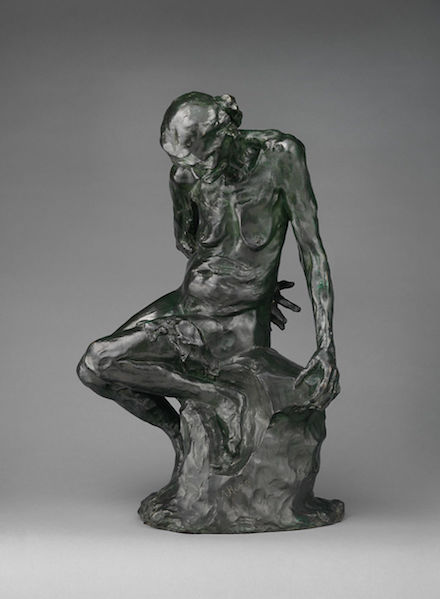 You have never once met the woman in person, but have lived in the building next door since you were small. At most, a friendly nod at a bus stop or the grocery. You can see now through the window across the lane, the curtain undrawn. The woman stands there oblivious, and peels her dress above her head. She is graceful, fragile, frail.

The snow falls between you, cottony fluff that sticks to the window and turns the picture fuzzy and ethereal. Something about her nakedness, unguarded, about her not knowing, makes your eyes well up. She has become forgetful, and will not notice the curtain is open until tonight when she seeks fresh air in her sleep. Her breasts are beautiful, for all their sadness.

The woman stands like that and after some time you realizes she is so still because she is listening to a piece of music. You can tell this finally by a few subtle movements of her head and hands, and then it makes sense, as you recall talk in the neighbourhood that she was a long-retired dancer. You cannot hear what the music might be, but imagine Mozart, or something Russian you can’t quite pronounce. Moved like that by the soundless song, you are struck by the elegance of the moment.

There is something like glass in the thin hips and elongated gestures of the dancer’s arms. It catches you then, suddenly, as stark and as naked as she is: we will all get old, those of us who are lucky enough.

—From Pretty Time Machine (Mixed Up Media, 2020), a collection of ekphrastic writing by Lorette C. Luzajic; appears here with her permission.

Image above was downloaded from the public domain via Open Access at The Met (link retrieved on 30 July 2021):
https://www.metmuseum.org/art/collection/search/191805

is from Toronto, Canada. Her prose poetry and flash fiction are widely published in literary journals and anthologies, with recent or forthcoming appearances in Gyroscope, Free Flash Fiction, Bright Flash, Club Plum, Red Eft, and Indelible. A recent story won first place in a contest at MacQueen’s Quinterly, and her work has been nominated multiple times for Best of the Net and the Pushcart Prize. Her most recent of six collections of prose poems are Pretty Time Machine (2020) and Winter in June (2021). Some of her works have been translated into Urdu.

Lorette is founder and editor of The Ekphrastic Review (established 2015), a journal devoted to writing inspired by art. She is also an award-winning visual artist, with collectors in 30 countries from Estonia to Qatar. Visit her at: www.mixedupmedia.ca

⚡ Two Must-Read Books by The Queen of Ekphrasis, commentary in MacQ-9 (August 2021) by Clare MacQueen, with links to additional resources

⚡ Featured Author: Lorette C. Luzajic at Blue Heron Review, with two of her prose poems (“Disappoint” and “The Piano Man”); plus “Poet as Pilgrim,” a review of Pretty Time Machine by Mary McCarthy (March 2020)

⚡ Fresh Strawberries, an ekphrastic prose poem in KYSO Flash (Issue 11, Spring 2019), nominated for Best of the Net and the Pushcart Prize