—after a painting by Marianne von Werefkin* 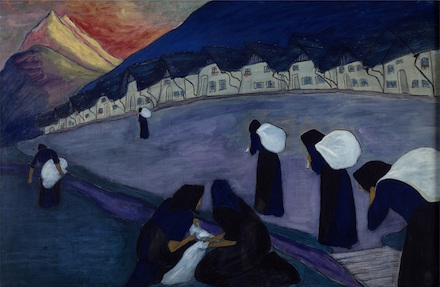 —An earlier version is published in The Ekphrastic Review (10 May 2019); poem appears here with author’s permission.

Image above was downloaded in May 2021 from the public domain via Wikimedia Commons (link retrieved on 22 May 2021):
https://commons.wikimedia.org/wiki/File:Marianne_von_Werefkin_-_Schwarze_Frauen_(1910).jpg

⚡ Lawful and Proper, poem by Jonathan Yungkans in Rise Up Review (Fall 2020)