Turn on the A/C

Traveling across country, we were four kids plus a friend, a mom, a dad, a grandma, and a dog in the family Falcon wagon, with our luggage strapped on top and a canvas bag of water stretched across the grill. Dad sat behind the wheel with his twitches and tics and Maalox, dreaming of a Galaxy with four on the floor and a beehive blonde named Nadine in a bucket seat beside him, his life a country western song—“Devil Woman” specifically.

Somewhere near Odessa on the way to Huntsville, someone realized they’d left me back at the Stuckey’s where we’d stopped for gas and date shakes. And they had to turn around, though I imagined some debate arose from whomever had taken my seat in the way back, Mom scolding Dad, Susie the old collie looking worried, and Grandma stoic, her mind 60 years back, jumping off the train in the middle of the night, middle of nowhere, to get away from the old German.

I had jumped too. I watched them load up and leave without me as I ducked behind the Frito stand. Ordered my own chocolate shake, feeling rich with the fiver I’d saved from collecting bottles, and looking back towards California where I figured my thumb could take me, as I waited by the Interstate for a Camaro, or maybe a Nova, with A/C and more leg room going my way. 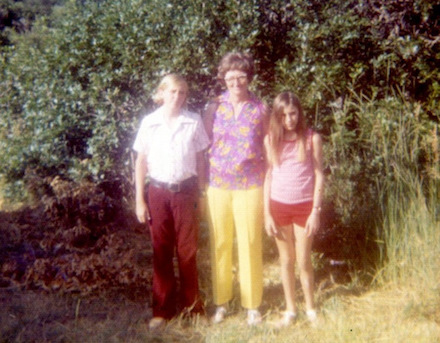 teaches “low fat fiction” and is the author of five collections of poetry and short prose: Nova Nights (Nomadic Press, 2021), Edible Grace (KYSO Flash Press, 2019), Soundings and Fathoms: Stories (Finishing Line Press, 2018), House Samurai (Iota Press, 2006), and Parts & Labor (Thumbprint Press, 1992). His stories have appeared in dozens of venues including Carve, daCunha, Flashback Fiction, KYSO Flash, Sea Letter, Third Wednesday, and Exposition Review, where he was twice a Flash 405 winner. In 2018, his flash was nominated for the Best of the Net anthology.

Born in the Chihuahuan Desert near the Mexican border, Guy grew up on a Sting-Ray in Ventura, learned to write in the Peace Corps during a civil war in Guatemala, honed his craft pulling weeds and planting flowers as a gardener in San Francisco, and later received his M.A. from San Francisco State, where his teaching career began. He’s been a creative-writing midwife since 1991.

Author’s blog: This Day Afloat: Reflections of Life on the Water