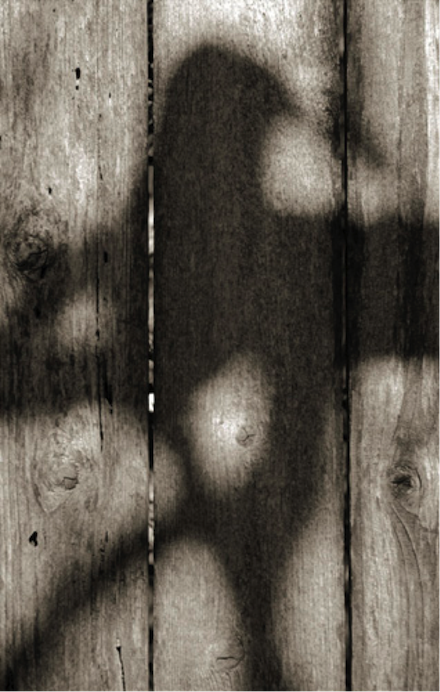 This pairing of poem and photograph was published previously within Parallax Views at the author’s website, and appears here with his permission.

The photograph is from Fence Shadows, Rosin’s series of photos of crepe-myrtle shadows on backyard fences at his family’s house.