He Never Saw His Real Daughter
Until That Night

Just the smart girl, the pretty girl, the girl who always brought home straight A’s, the one who never gave anyone a moment’s trouble. The eldest of three, the good example. She slipped into the role with ease, school a breeze, head always in a book. He bragged about her, the favored one, the girl who had her choice of colleges, careers.

Everything was perfect until Father’s Day her sophomore year, when the El Camino pickup she rode in collided with an asleep-at-the-wheel trucker and everyone in the five-car pile-up died but she. The smashed-up girl, maimed girl, the girl who wanted to die, the one who would never be the same. He worried about her, the damaged girl, the girl who soldiered through surgeries and hospital stays, her future on indefinite hold.

And finally three years in, with everything back on track again, her mother got cancer and died, her devastated husband by her side. The girl remembered the hospital, the pain, the smell. Visiting her mother there was a return trip to hell. A rerun, unthinkable, and yet it was all she thought about—how to escape? Her answer, her drug of choice: opt out with opiates. They eased her pain, helped her disappear into zombie numbness.

One night at a restaurant, her father stared at the girl across the table. What’s wrong with you? he asked. She tried to focus on his face. Said nothing. Oh my God, he said after several minutes had gone by. I know what this is. Her father, a pharmacist, had seen his share of junkies. The girl waited for him to berate her, but he put his head in his hands and sat that way until closing time. 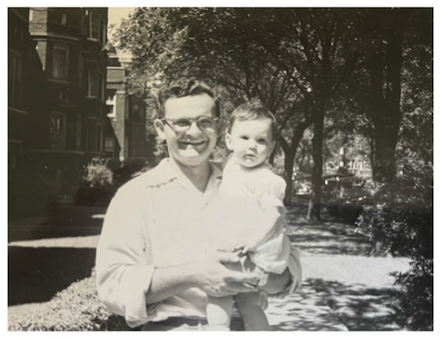 A lifelong Angeleno, Alexis is poetry editor of Cultural Weekly. From the S-curves of Topanga and the sprawling beaches of the Westside, to the stunning views of downtown Los Angeles (DTLA) from her previous loft studio, her beloved city can be construed as another character in her work. She and her husband now live on the cliffs of San Pedro, a sleepy beach community 20 miles from their former digs in DTLA. They still have an extraordinary view.

⚡ Photo of My Dead Son, Taken At The DMV, from her book The Dead Kid Poems (KYSO Flash Press, 2019), reprinted in The Ekphrastic Review (2 September 2020)