Don Quixote on the Shore 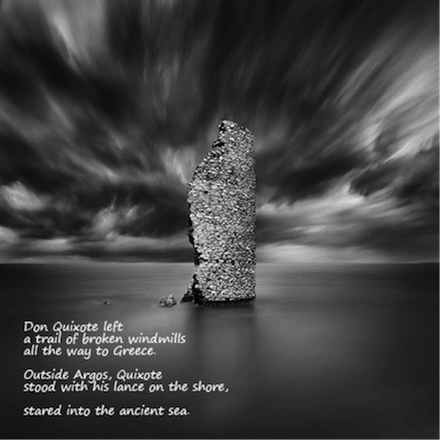 
Don Quixote left
a trail of broken windmills
all the way to Greece.

Outside Argos, Quixote
stood with his lance on the shore,

stared into the ancient sea.

Photograph is a shot of a windmill ruin in the Peloponnese region of southern Greece (image posted to artist’s Facebook gallery on 14 July 2020).