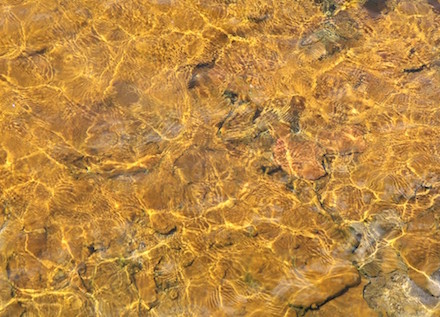 Publisher’s Note: Except to resize them for this web page, images have not been “Photoshopped” or otherwise edited by the photographer.

retired four years ago after working for three decades at a public-utilities company. She always enjoyed traveling, when she could arrange time off that is. After retiring, she relaxed for a while and then rewarded herself for all those years of service by taking an extended road trip with her best friend. They departed the east coast of the U.S. in June 2017 to visit, camp, and hike in more than 60 midwestern and western national parks and monuments. It was quite the adventure for Ms. Sheppard, including these highlights:

Hiking in hellish heat and through varied terrain, and scaling peaks in the Tetons, Sierra Nevadas, and other ranges

Losing her footing early in the trip and falling into the glacier-fed, rushing waters of Avalanche Creek, where she was drowning until three angels in the guise of kindly strangers rescued her (and yes, she has scars as souvenirs)

Fulfilling a lifelong dream of seeing moose and, better yet, of being surrounded by, mustangs in the wild—not to mention the redwoods in California!

Shooting many thousands of images with a brand new camera, another well-deserved retirement gift


Publisher’s postscript: Although she has been shooting photographs for more than thirty years, especially to document her trips, Ms. Sheppard refuses to consider herself a photographer, saying that she only points the camera and clicks the buttons. I’m delighted to include a trio of her “point and click” images here, from her road trip in 2017.

⚡ Three of her experimental night shots appear in Issue 2 of KYSO Flash.

⚡ And two of her “Queen of the Night” photographs appear in Volume 1 of the KYSO Flash Anthology (2014), with one of them illuminating the front cover.