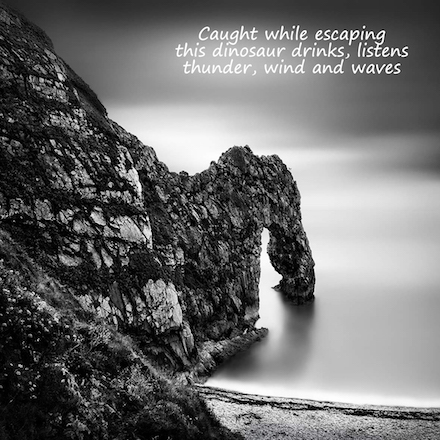 Photograph is a shot of Durdle Door, a natural limestone arch located on the Jurasic coastline between Swanage and Weymouth, in southwest England. (Image posted to artist’s Facebook gallery on 13 May 2020.)