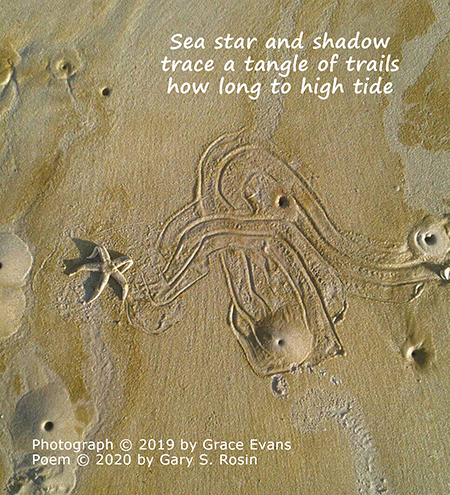 Photograph of sea-star trails by Grace Evans, photographer with the National Parks Service, was posted on the South Padre National Seashore Facebook page on 29 December 2019; appears here with her permission.