Others Have Come and Gone
and Wrought No Damage1

Title is a line from the poem “On the Empress’s Mind” by John Ashbery, in his collection Hotel Lautréamont (Alfred A. Knopf, 1992). 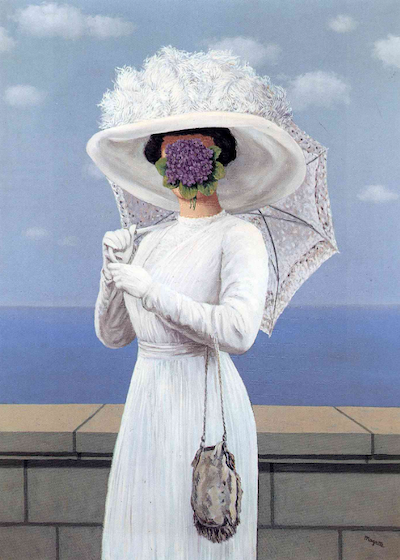 Not be confused with Magritte’s La Grand Guerre (The Great War), below on the left, a variation of his iconic The Son of Man (below, right), both of which he also created in 1964 (Wikipedia: The Son of Man: “Similar paintings”):

See also poem and poet’s commentary by Jonathan Yungkans in response to The Son of Man: Le fils de l’homme

⚡ Two Duplex Poems, plus author’s notes on the poems and on the form, by Yungkans in Issue 10 of MacQ (October 2021)

⚡ Cadralor in the Key of F-Sharp as It Cuts into My Spine, in the inaugural issue of Gleam (Fall 2020)