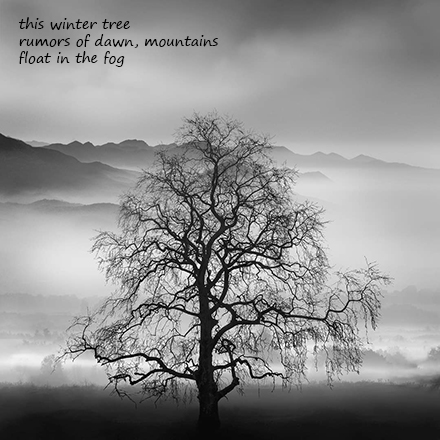 Photograph © by George Digalakis, and poem © Gary S. Rosin.
All rights reserved. Artwork appears here with permission from both artists.

this winter tree
rumors of dawn, mountains
float in the fog

The photograph above by George Digalakis is entitled Poetry of Silence (Zagori, 2021) and appears in his Facebook gallery (20 December 2021).