Poem by Gary S. Rosin, with
Sculptures by Naoki Onogawa 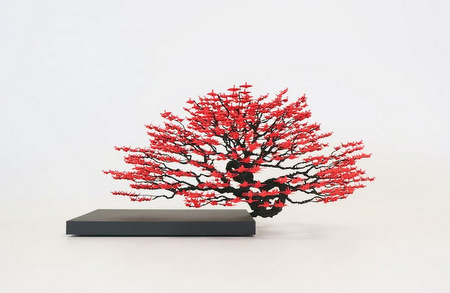 
These photographs also appear in Arnesia Young’s article about the work
of artist Naoki Onogawa in My Modern Met (24 May 2021):
Origami Artist Reimagines Trees With Leaves Made of Tiny Paper Cranes

That article, and these photographs, inspired the poem above.

is a Japanese artist based in Tokyo, who creates bonsai-like tree sculptures whose leaves are actually hundreds of tiny paper cranes (orizuru), origami birds that he has folded by hand.