What Is the Frequency,
Kenneth? 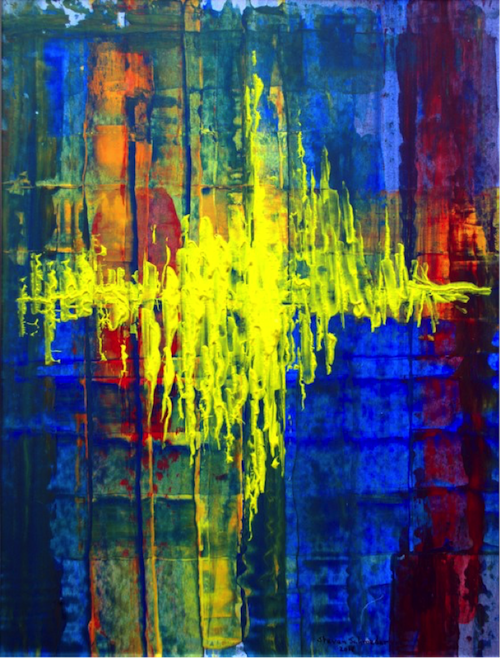 a gift of fire: speaking in tongues
(acrylic on cardboard, 2018)

On October 4, 1986, CBS news anchorman Dan Rather was attacked by two men, one of whom repeatedly shouted “Kenneth, what’s the frequency?” Eight years later, a North Carolina man shot and killed an NBC stagehand. When the shooter was arrested, he admitted to the earlier attack on Rather. He claimed to be a time-traveler from the year 2265 with a chip implanted in his brain and that NBC had been beaming hostile transmissions into his head for years, and that Rather resembled the Vice-President from his own timeline, Kenneth Burrows. Nothing is known about the supposed second man.

Sources include the Wikipedia entry for Dan Rather, Kenneth, what is the frequency?; and an article by Bill Demain in Mental Floss (12 March 2013), What’s the Frequency, Kenneth?, about the R.E.M. song by the same title. Demain’s article also gives more information about this strange incident, especially the elements of time travel and Kenneth Burrows.